Abstract
In order to make visible the paralysis of Orpheus after the second death of Eurydice, Ovid makes use of two stories about the so-called stone transformation. In particular the fabula of Oleno – who prefers to become a stone like Lethaea rather than parting from her – is an example of iuncta metamorphosis of the lovers, very frequent and well attested in Ovid’s Metamorphoses.

Abstract
Clitemnestra is a character who has an important development from Homer to modern literatures. In Odyssey she is considered by her husband as a killer and a bad woman; in the tragic Greek drama she assumed a masculine characterization, included the rejection of the mathernal role. At last, in Latin Seneca’s tragedy, these characteristics are attenuated. The topic point in her history is the violent, deadly conflict between her relatives: husband, daughter and son. About the modern representations exemples have been chosen in the theater (O’Neill’s Mourning becomes Electra), the cinema (Electra of Michael Cacoyannis), the novel (Yourcenar’s Clitemnestra or Crime in Fires, Maraini’s The dreams of Clitemnestra) and the dance (Martha Graham’s Clytemnestra).

Abstract
The paper analyses the strategy of representation of otherness in Sidonius Apollinaris’ works; the use of literary topoi and allusivity is examined in order to shed light on the interplay between literary dimension and reality in Sidonius’ characterisation of the ‘barbarians’, in the context of fifth-century Gaul.

Abstract
Three anonymous fragments handed down by the Suda Lexicon (τ 612; ε 1752; δ 1372 Adler) are identified in part by comparison with Livy’s narrative and, according to the vocabulary, tentatively attributed (with some corrections) to Dionysius of Halicarnassus.

Abstract
In Roman culture, the imagines maiorum (ancestors masks) were a powerful tool aimed to record and preserve aristocratic families memory and to display the social status of a gens. This is why we know also cases of invented ancestry or fake genealogies, in order to put oneself into an outstanding family tree or to construct one’s identity. This use of genealogy to re-shape one’s past can be detected also in Medieval cycles of Illustrious Men, such as the one painted in the so-called Sala dei Giganti in Padua and those recorded or still surviving in Tuscan cities like Florence and Siena.

Ana Maria Lóio
Who’s that girl? A matter of gender in Statius’ Silvae 4,8

Abstract
Statius’ Silvae 4,8 is a genethliakon addressed to Julius Menecrates, son-in-law of Pollius Felix, on the occasion of the birth of his third child, whose gender is never overtly disclosed. The subtlety of Statius’ allusions to the infants – two boys and a girl –, combined with a reference to grandchildren of Pollius at Silvae 3,1, has fostered disparate theories regarding the gender of the newborn. Contradicting the more recent readers, I revive an old interpretation of Silvae 4,8 according to which the newborn is the girl, while eliminating an apparent obstacle to this hypothesis.

Abstract
The cave where the embrace of Aeneas and Dido takes place hides an unspeakable secret. It becomes in Virgil writing and in modern rewritings, between reticentia and euphemism, an imaginative place of the unsaid.

Abstract
The aim of this article is to focus on the reception of Greek science in republican Rome and to give some exemples of textual transmission. Cicero and Lucretius are considered as witnesses, the first for the attention he gave to scientific knowledge, the second for the defense of a materialistic representation of reality, both for the linguistic skills such a feat required.

Abstract
The aim of this paper is to analyze the narrative technique used by Lelex, telling the exemplary story of Baucis and Philemon. The initial contrast with Piritous influences the way of speaking of Lelex, who will emphasize the link between age and pietas.

Abstract
The analysis focuses on the problematic relationship with those who are considered barbarians, with particular reference to language. The language of the barbarians is the negative expression of a world whose features and values Sidonius Apollinaris cannot approve. This suggests that Latin language has still a primary relevance for identity in fifth century Gaul, as it was for the auctores of the literary past read by Sidonius and by many other late antique authors.

Abstract
This paper proposes a detailed typology of the different kinds of audience in Sidonius’ poems, first in the collection of the Poems 1-24, then in the poems quoted in the 9 books of Letters. We can see how Sidonius creates his image as a poet and different representations of his audience. This staging also gives an insight into the evolution of his audience and Sidonius’s poetic persona. Letter 1.11 about the ‘satire of Arles’ gives a key to interpreting Sidonius’s strategies of showing his audience a mirror image of what he is and should be.

Abstract
This paper focuses on Cicero’s dilemma between political duties and bonds of friendship in 49 B.C. His letters to Atticus show the particular role assumed by Pompey for Cicero in a time of deepening crisis, that is the reason why the politician decided to abandon the Roman Republic while considering the circumstances.

Abstract
This contribution investigates the notion of time in Sidonius Apollinaris’ correspondence in relation to his biography by means of a close reading of his vocabulary of time. What becomes evident is the rupture in his iuventus unsettled by the events of 468-470, which caused a premature sense of old age. This sense is already anchored in book 1, only to widen and become more defining in the later books.

Abstract
Civil wars are almost never the direct subject of Martial’s epigrams, but the poet of Bilbilis alludes to them on a number of occasions. His scattered speech on the civil war has a coherence. Martial denounces the civil war (9,70) in a conventional way. But at the same time he approves the imperial regime, which was hardly questioned in his day. The epigram on the plane tree of Caesar (9,61) shows that the regime that founded Caesar is blessed by the gods and that it has a certain analogy with the Golden Age (even if all the emperors are not equally worthy). There is of course a contradiction which crystallizes around the two characters of Otho and Cato. Cato symbolizes the systematic and theatrical opposition to the empire, regardless of the general interest. Otho, on the contrary, perhaps because he has perceived the direction of history, prefers to commit suicide without affectation to spare by this sacrifice the blood of his fellow citizens. Finally, the civil war appears as a kind of inevitable evil from which a good comes out.

Abstract
Here we scrutinize the career of Professor André Loyen (1901-1974), the scholar who by his thesis has revived interest for Sidonius Apollinaris and who then published his work in the famous bilingual Collection des Universités de France. We underline in particular the links that can be made between Sidonius and Loyen, and certain analogies of historical situation between the time of Sidonius and his time. 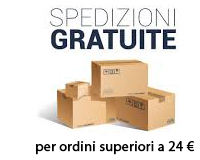